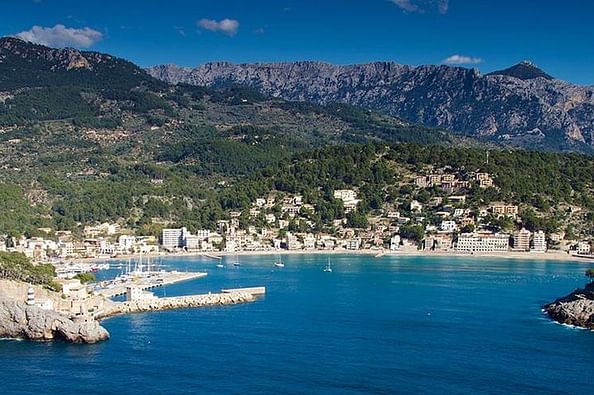 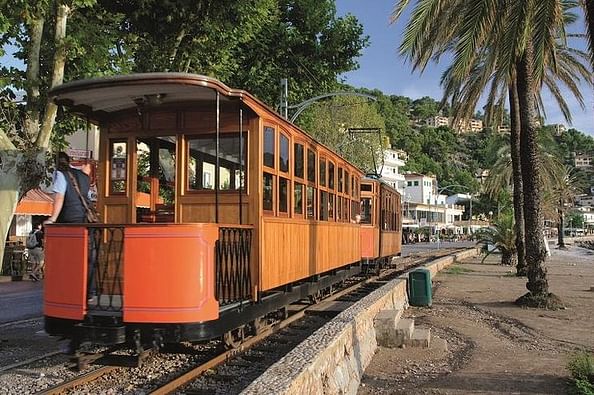 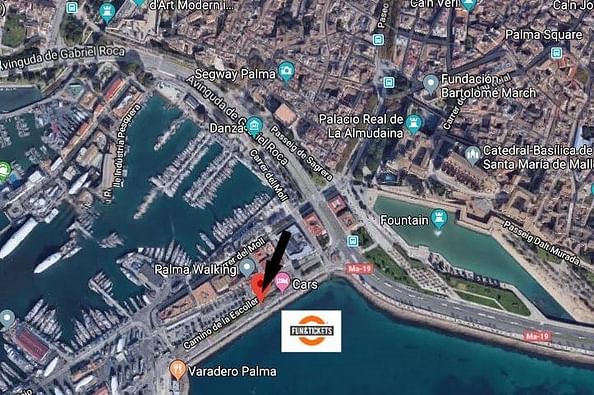 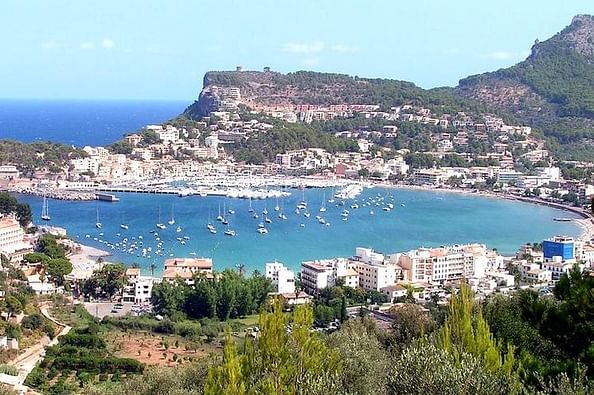 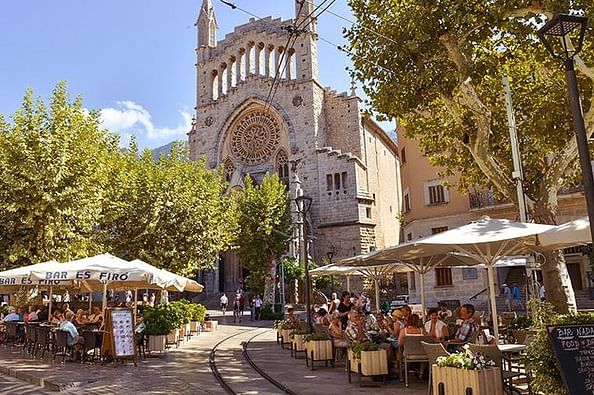 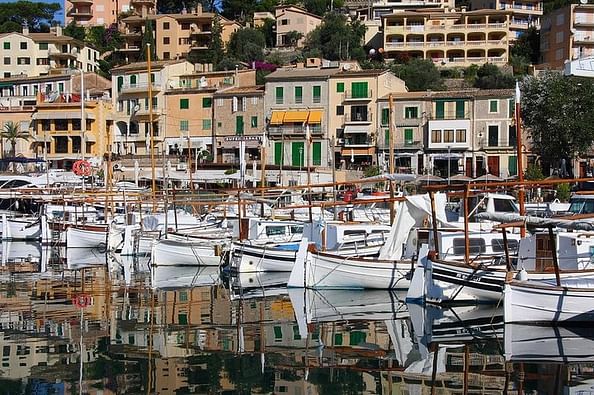 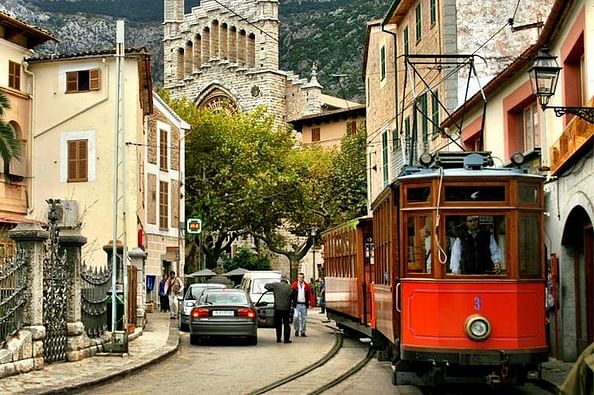 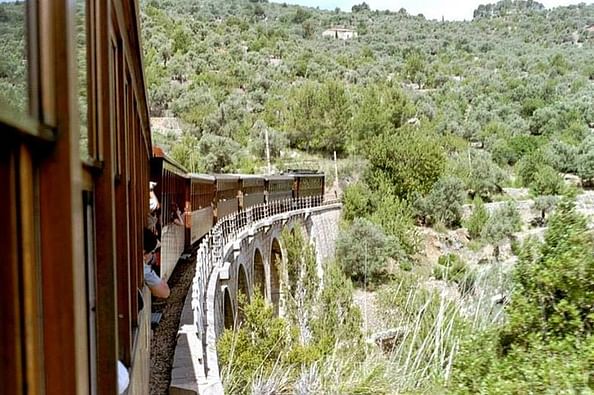 The historic tram will take us to the charming port of Sóller, where we can enjoy a beautiful maritime enclave surrounded by the imposing mountains of the Sierra de Tramuntana

One of the most memorable trips for families and kids! Travel to Soller City and the Port of Soller with the timeless Train and Tram of Soller. The views are amazing and the great memories guaranteed!

This excursion is only available with departures from the southern area of Mallorca, from the Port of Andratx to Arenal (El Dorado)

Stroller or pram accessible
Public transportation nearby
Infants must sit on laps
Infant seats available
Not wheelchair accessible
Not suitable for pets
If you want to reconfirm your services or we do the Pick Up at your hotel for the start of the tour, you must call +34 971682466, a day before the excursion, we will tell you what time we will pass by you, or the metting point of your hotel
All our excusions start from Camí de la escollera in Palma de Mallorca. Once the reservation is made, we will send you by email all the information about the departure point and the time. You can request the free pick-up service at your hotel by phone +34 971682466 the day before the excursion.

8h before the start of the activity

Soller is a beautiful village located three kilometres from the Port on the North East coast of Mallorca and is known as the commercial and cultural centre on the Serra de Tramontana. It emerges from a valley surrounded by mountains called the ‘el valle de Los Naranjos’ (the valley of orange trees) and the beautiful, central square which is the main meeting point of the village, is surrounded by many small, cobbled streets. Upon our arrival in Sóller, the commercial and cultural center of the Sierra, we are greeted by the main square of Sóller, which is perfect for sitting on a terrace and observing the church of San Bartolomé and the Banco de Sóller building.

The Port of Sóller is a beautiful natural port located in the northwest of the island and an important center of tourist interest. A small treasure coveted in ancient times by privateers that offers us an unrepeatable landscape in which the smell of orange blossom mixes with the aroma of the sea. The port and the town of Sóller are connected by an old wooden tram that preserves all its aesthetics and original decoration and that we can admire while strolling along the lively promenade of the port.

On October 4, 1913, the first electric tram line in Mallorca was inaugurated, which ran between Sóller and Puerto de Sóller.
The construction of the Sóller tram began after the inauguration of the Palma-Sóller railway line. The project for this line was designed and directed by Pedro Garau, and 4,868 meters of track were laid. The iron bridge over the Torrent Major, built by the Terrestrial and Maritime Machinist, stands out.
Initially the tram had a power station located in the Sóller station. The station was powered by a 65 horsepower internal combustion engine that was powered by a Siemens-Schuckert dynamo, providing a direct current of 600 volts.
Although the Sóller tram was designed to transport passengers, it was also used to transport goods to the port. The fresh fish was transported from the Port to Sóller in a small isothermal car and the coal was transported to the old military submarine base in the Port of Sóller and to the “El Gas” factory in trailers; Mines and torpedoes from Caubet magazine were also transported.
The three motorized trams, numbered 1 to 3, and their trailers 5 and 6 are the originals, dating from 1912, commissioned from Carde & Escoriaza in Zaragoza. The ‘planter’ open trailers were acquired from Palma’s trams in 1954.
The Sóller tram also has five motorized trams from Lisbon, numbered 20-24 and calibrated to suit the 914mm track gauge. 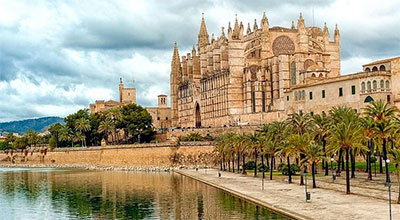 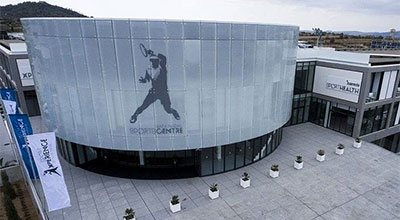 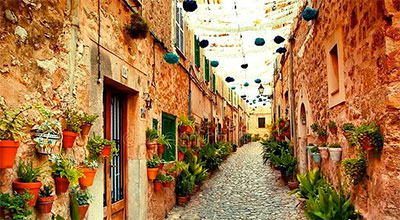 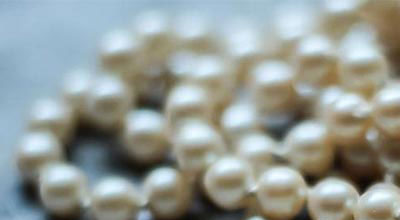