Cuenca and the Enchanted City tour from Madrid 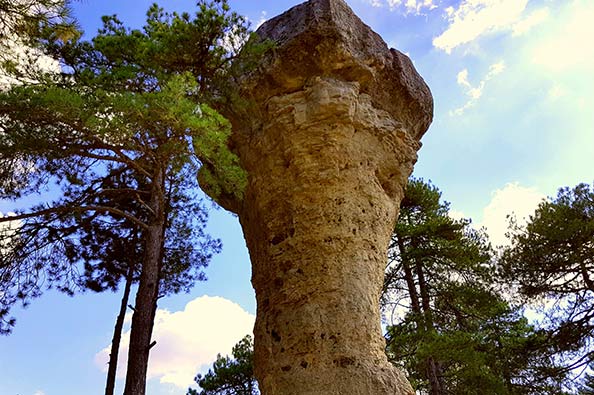 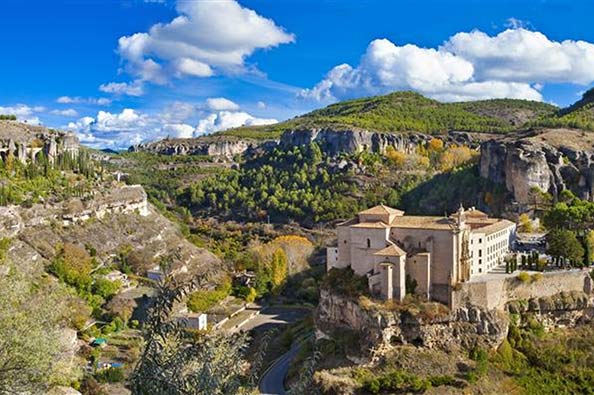 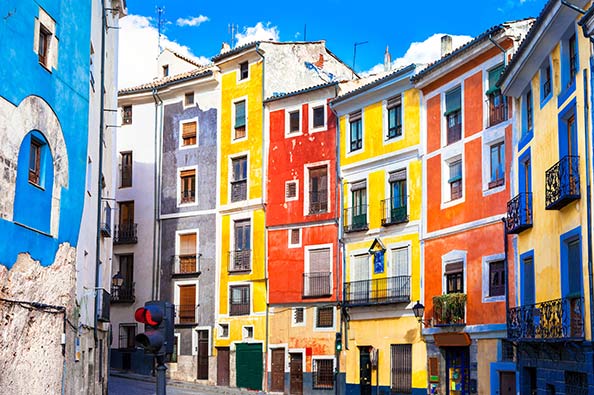 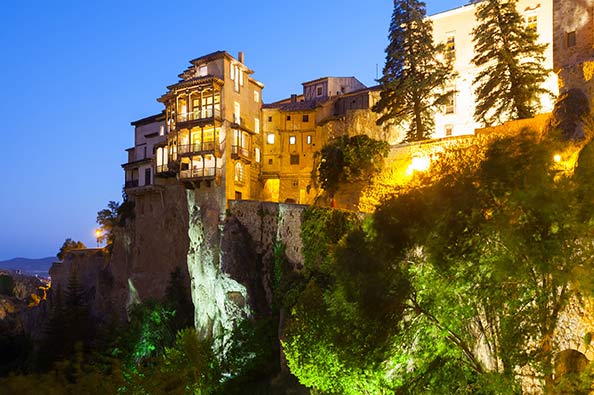 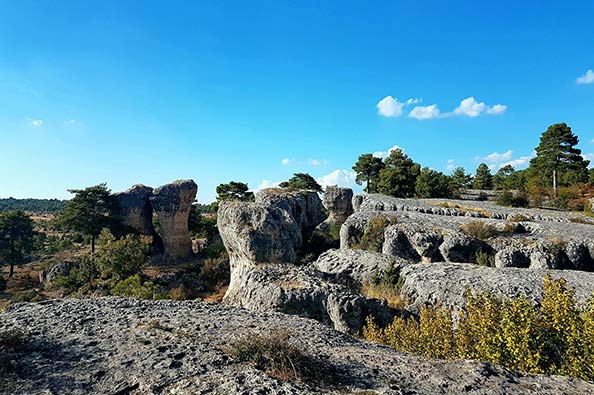 The tour begins at 8:30am by bus to the Castilla-La Mancha region.

Our first stop will be at a cellar for a brief rest before continuing on to Ciudad Encantada. Upon arrival, you’ll enjoy a walking tour of this magical site.

After that, you can enjoy enough free time to have lunch (lunch optional is possible)

After lunch we will take a panoramic tour across the crescent of the River Huécar which will take us under the cliffs to the highest part of the city, El Barrio del Castillo. From there, we’ll walk to visit the most iconic corners and monuments of the city’s medieval quarter, until we reach Parador, where the bus will pick us up for our return to Madrid.

All accompanied by our professional local guide. The activity ends at Plaza del Conde de Casal, 6, Madrid at 7:30pm

We recommend wearing gloves and a hat in winter.
In summer it is advisable to bring a cap and a bottle of water.
Lunch time is late, we recommend you bring something to eat in the middle of the morning

Cut off: 1 hour before the start of the activity

Finca la Estacada Winery
After an hour of traveling we will stop at this winery in La Mancha where we will have time to go to the bathroom or have a quick coffee with a view stunning views.

Visiting the Enchanted City
Don’t expect to find tall buildings or old monuments, because although the name may be misleading, this site is waiting to show you see the environmental wonders of Cuenca. The Júcar River flows between Uña and Villalba de la Sierra forming a huge gorge that is incredibly impressive. Here, at an altitude of nearly 1,500 meters, Nature has created one of those wonders that always amazes visitors: The Enchanted City

The Enchanted City is a declared natural site. It was designated a National Natural of National Interest in 1929. It is now included within the confines of the Serranía de Cuenca Natural Park, and is declared a High Priority Protected Area because of its exceptional geomorphological value.

The magic awakened has inspired many filmmakers in this dramatic cinematic landscape, adorned with the stillness of the mountain. A movie scene where famous artists such as Sophia Loren, Frank Sinatra, Cary Grant, Oliver Stone or Arnold Schwarzenegger have played. The karst terrain here has created strange shapes on the rocks, surprising visitors. These world-known geological phenomena are rock formations sculpted by ice and by wind action.

Underwater are remnants of the Jurassic period, the Sea of ​​Thetis, the ancestor of the Mediterranean Sea.

Pedestrian paths invite us to walk around these special rock formations that remind us of people, objects, animals, with puzzling precision so that this enchanted city seems to have been put to sleep by a kind of mysterious spell.

Castle
Our bus will drop us off at the highest part of Cuenca, the Barrio del Castillo. From there, we will see a beautiful picture of Cuenca and begin a stroll through Cuenca’s medieval quarter.

This is one of the oldest of the churches in Cuenca, among its treasures stand out are the very discreet Baroque façade and the wooden Mudejar ceiling of one of its chapels.

Cuenca Cathedral
We went through the door of the church but we did not enter.

The most impressive building in the city, the Church of Our Lady of Grace, the first example of Gothic art in Spain was elevated by order of Alfonso VIII.

Hanging Houses
The most famous place in the city is its famous hanging house, an example of typical Cuenca’s popular architecture, where their balconies invite you to gaze into space, become a saint and a saint. city ​​sign.

St. Paul’s Bridge
We ended our visit by crossing the San Pablo bridge. On the other side, we’ll do the best shots of the hanging houses and the city of Cuenca.

Convent of San Pablo – Parador de Turismo
Our tour ends with this building. A few meters away there will be our bus waiting for us. 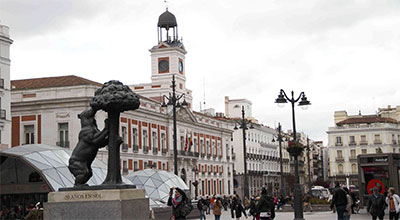 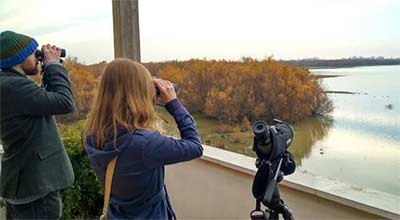 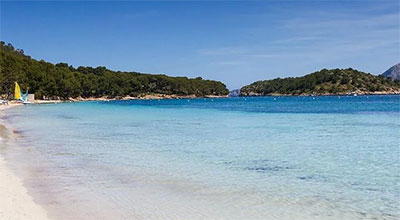 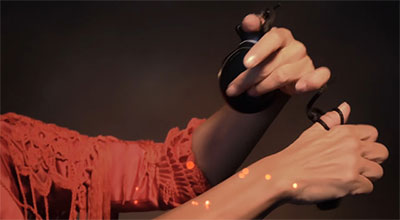