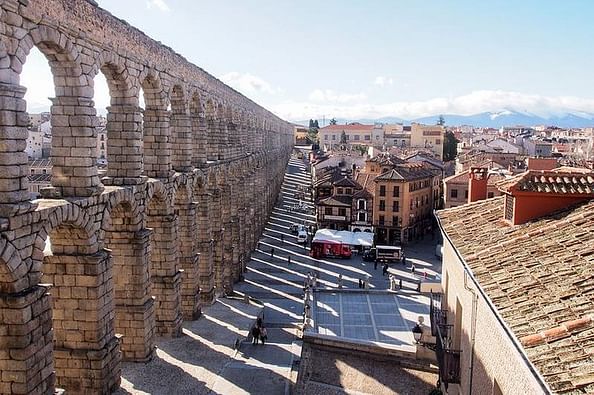 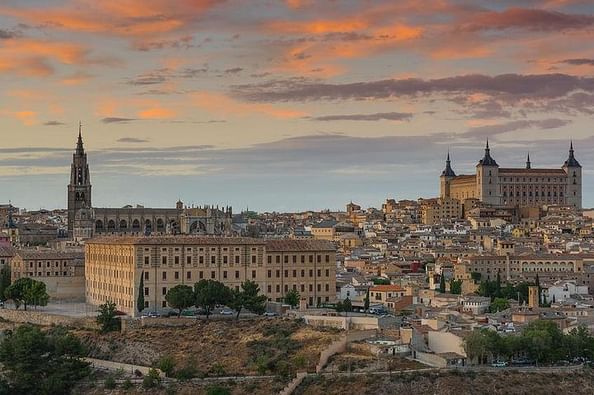 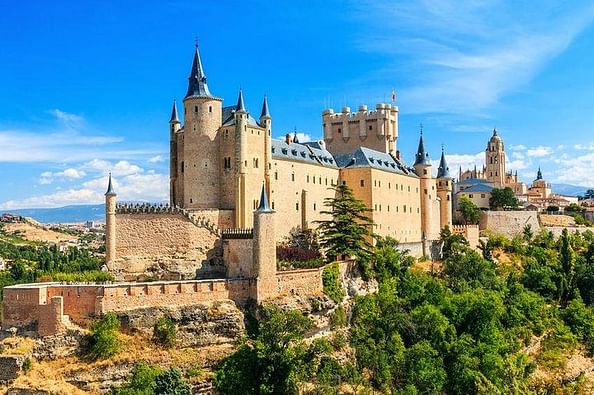 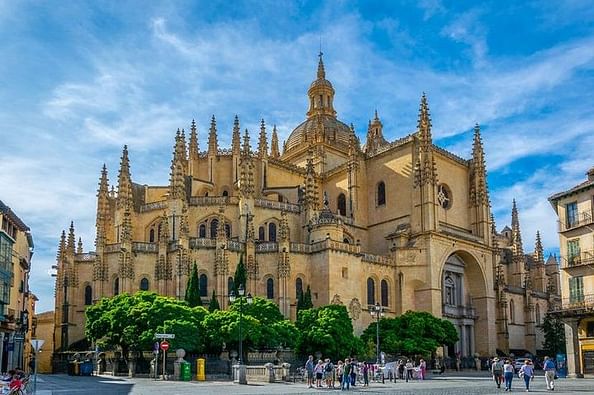 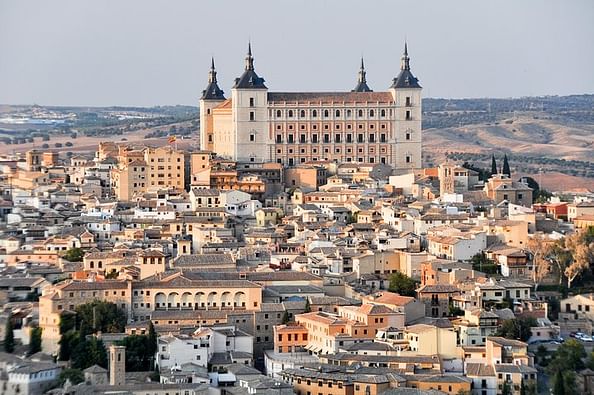 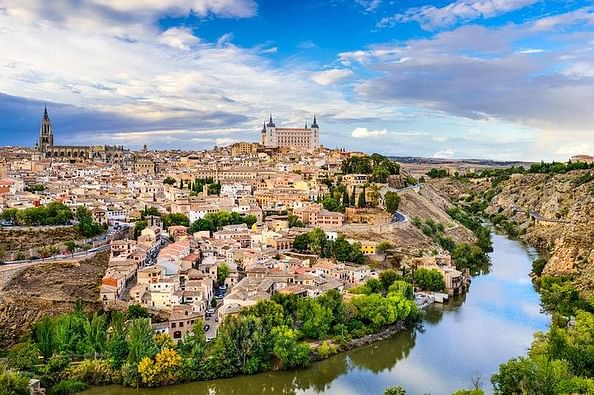 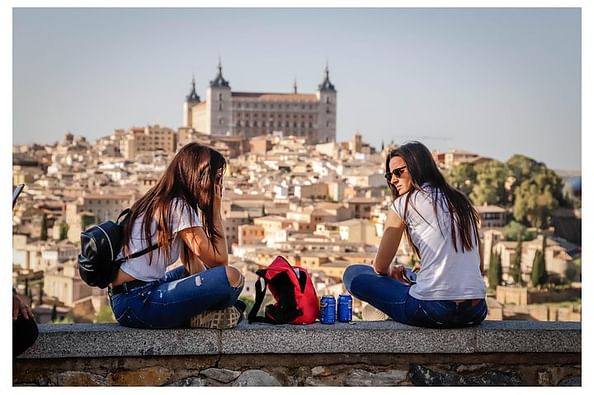 On this tour we will visit in one day the two most popular cities from Madrid: Toledo and Segovia. You will see the El Greco painting and the most famous Aqueduct in the world

In this tour you will discover the charms of two cities declared World Heritage by Unesco.

Upon arrival in Toledo the “City of the Three Cultures”, we start with a panoramic walking tour of the city, where we walk their narrow streets squares and gardens to get to the Main Square and visit the inside of the impressive Cathedral.

The cathedral is one of the most impressive monuments of Toledo and unique in Spain. It is an indispensable visit in the heart of Toledo. A spectacular piece of the Spanish architecture and art. Free time to explore the rest of the city.

Afterwards we will head towards Segovia, rich in historical monuments, highlighting its majestic Roman Aqueduct.

We will visit the interior of the Gothic Cathedral, and the XII Century Alcazar, spectacular fortified building.

Free time to explore the rest of the city.

Trip by luxury bus with air conditioned and Wifi, Madrid – Toledo – Segovia – Madrid
Official bilingual guide for guided walking tours in Toledo and Segovia
Drink and tapa in Segovia
Walking Tour Guide in Toledo and Segovia
Preferential access to the Alcazar of Segovia with guided tour inside

Any service not specified in the itinerary

Comfortable clothes
Cap or hat for the sun
Sunscreen in summer

Stroller or pram accessible
Public transportation nearby
Infant seats available
Not wheelchair accessible
Not suitable for pets
Infants must not sit on laps
The use of facemasks during the tour is mandatory. Should you forget, we offer the possibility of adquiring one at the price of 1€

The cathedral of Toledo is one of the three 13th-century High Gothic cathedrals in Spain and is considered, in the opinion of some authorities, to be the magnum opus of the Gothic style in Spain. It was begun in 1226 under the rule of Ferdinand III and the last Gothic contributions were made in the 15th century when, in 1493, the vaults of the central nave were finished during the time of the Catholic Monarchs. It was modeled after the Bourges Cathedral, although its five naves plan is a consequence of the constructors’ intention to cover all of the sacred space of the former city mosque with the cathedral, and of the former sahn with the cloister. It also combines some characteristics of the Mudéjar style, mainly in the cloister, with the presence of multifoiled arches in the triforium. The spectacular incorporation of light and the structural achievements of the ambulatory vaults are some of its more remarkable aspects. It is built with white limestone from the quarries of Olihuelas, near Toledo.

This monastery was founded by King Ferdinand II of Aragon and Queen Isabella I of Castile to commemorate both the birth of their son, Prince John, and their victory at the Battle of Toro (1476) over the army of Afonso V of Portugal.

Toledo was chosen as the site for building the monastery due to its central geographic location and because it had been the capital of the ancient Visigoth kingdom, symbolically reconstituted by Isabella and Ferdinand with the restoration of the lost unity of Spain, through the union of Castile with Aragon.

According to the selected date, the departures must be at 09:00 a.m. then the client must make the presentation at: 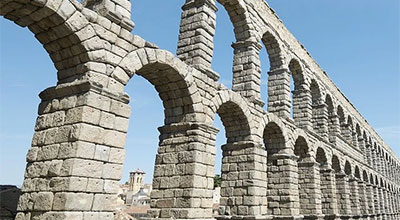 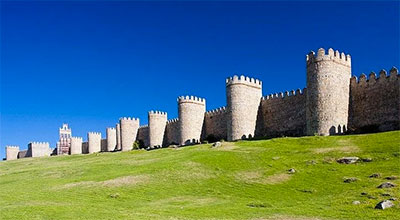 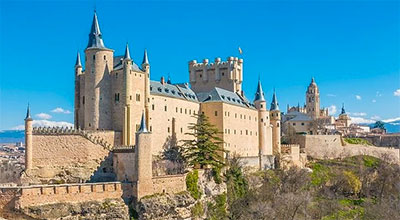 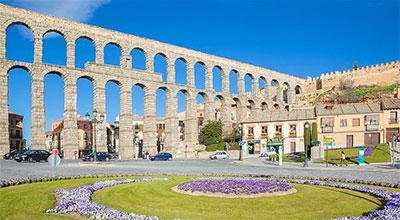